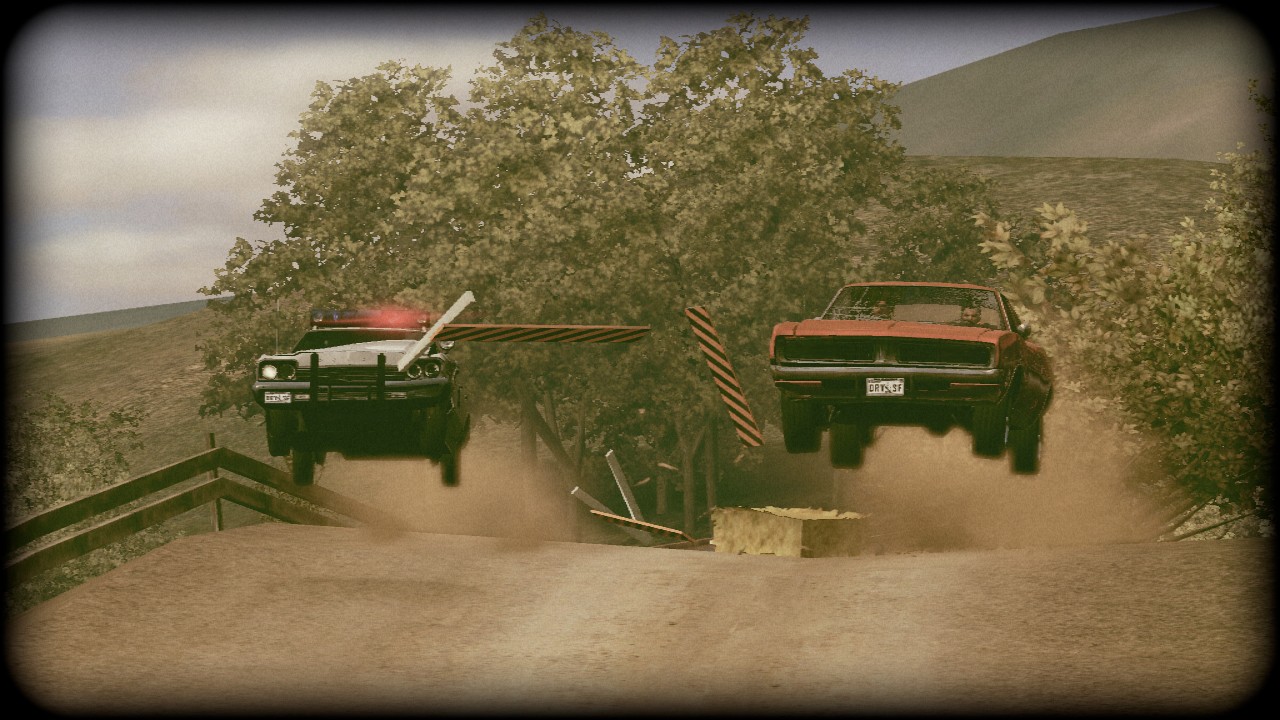 The year is now 2013 and the fight for the best open world racer is alive and well. Towards the end of last year we saw EA Games' Need for Speed get revitalized with the goodness of Criterion Games in Need for Speed: Most Wanted. This highly regarded game took all the best bits of racers and put it in an easy to play package for people of all skill levels. Everyone from the casual to the hardcore found something great about Need for Speed: Most Wanted and it made it very easy to put on the list of greatest games of 2012. The funny thing is that many of the gameplay mechanics came from another game released earlier in the year - Ubisoft's Driver: San Francisco.

The game follows the story of a detective and his partner tracking down a dangerous villain called Jericho. They eventually catch him, but he escapes and goes on the run. It is then up to these brave officers to take him down and put him behind bars.

While this story progression may seem very linear, the game actually becomes a little more complex when the detective you play obtains a sort of meta-physical power to “Shift” between people. As a result of a car accident in a heated chase in the opening cinematic, the protagonist is put in a coma. When in this comatose state he realizes that he can switch bodies. This introduces the player to the mechanic of shifting between vehicles. Whenever and wherever you drive around San Francisco you can pick a car off the road and drive it.

The mechanic opens the player up to many options when just driving around or trying to complete a mission. I found myself prowling the streets in search of a cool exotic car to take for a spin. And in a relatively short amount of time I discovered some really awesome vehicles to try, everything from an old Aston Martin to a Ford GT. There is something to impress even the most timid racer.

While our rational brains may think the story is ridiculous and the “Shifting” power doesn’t make much sense, it turns out to be quite a lot of fun. Zipping around from car to car is a breeze. With a bit of practice you can even use this power to your advantage while races are occurring. You are able to jump out of your car, pick another and cause an “accident” which will hinder the progress of opponents. This defensive and offensive tactic is hard to pull off at first but when you do succeed it's a rewarding feeling.

Besides the shifting ability Driver really is like any other racer we’ve all played before. However, the innovation alone really creates something unique and gives the game its own character.

Driver has some of the most demanding specifications I’ve seen on a game in a while. While it may be a pet-peeve of mine, I still feel as though games that ask for such high specifications are doing a disservice to the user. By only allowing a minority in the Mac lineup the ability to play the game, there are many potential players left behind.

On my relatively powerful iMac, I struggled to play the game even on the lowest resolution and lowest detail and texture settings. This is just unacceptable for any game that wants to see any form of success. The mere ability to play a game even on a base Macbook Air will widen a game’s audience much further then one that limits even that. The developer may have been thinking that they are serving the people who really appreciate a game like this, but I feel this will only discourage potential players.

While I must not detract from the detail that went into creating all the corners in San Francisco, the fact that I couldn’t even see all of them due to my specs is a true disappointment.

The sound, luckily for me, didn’t suffer from the same problems. The revs of the engine and exhaust captured the racing atmosphere perfectly. While the backing music was sometimes a little inappropriate the sounds of the vehicles felt authentic and helped encapsulate the feeling very well.

Unlike other amateur racing games, a lot of time and care has been put into making sure the sounds match the great portfolio of vehicles Ubisoft has at their disposal. Each time you stamp on the accelerator the sound matches the sense of speed you have in a very acceptable manner.

Even with the problems with the graphics, if you have a Mac that is capable it is definitely worth every penny. Although the story is very weak, the fun gameplay makes up for it. When I got bored with the story, many times I would just start car chases with the cops, jump into a cop car to take down a miscreant or simply cause general mayhem.

I can’t think of any other recent game on the Mac besides Grand Theft Auto (if you can call that recent) that allows you this much freedom to make your own fun and go outside the boundaries of what the developer originally intended. While it’s far from the capabilities of Saint's Row, GTA IV or Just Cause 2, it’s the closest the Mac has seen to something of this caliber in a long time. Andrew Lennox is an IMG Writer since mid 2011 and has been a proud member of the Apple Macintosh family since 2006. He loves reading about the latest in the tech industry, and playing the latest games on the Mac as well anything good on the consoles. Even though he is still studying hard at school, he tries to find time to sit down and give honest opinions on the ever increasing banquet of games available for the Mac platform