Netflix may be missing its expectations for subscriber numbers growing, but one thing is certain: millions of people still love and use the platform on a daily basis. The competition by Apple TV and Disney+ is a good thing; it forces Netflix to add more high-quality content.

For Mac users, however, there’s a problem: there’s no Netflix app for Mac. Maybe it’s an Apple’s thing. Maybe they don’t want you to have a dedicated app, so you’ll focus on Apple TV. Whatever the case is, the lack of Netflix app for Mac means we’ll have to find a way to work around the issue. Fortunately, there is a way.

We’ll share a few tips on how to watch content, but we’ll also explain how to download Netflix on Mac for offline viewing. But keep in mind that we’ll talk about a legal Netflix download.

The Simplest Way to Watch Netflix on Mac

This is where AirPlay gets into the picture.

When you access your Netflix app on iPad or iPhone, you’ll notice that you can download content. The Netflix download button is not always available, but it’s there on most original shows. However, you won’t see it when you access the platform via laptop.

That’s why you’ll connect your computer to your phone or tablet via AirPlay. Open AirPlay on the device and go for the Screen Mirroring feature. Then, you’ll see your Mac in the list of available devices for mirroring. Choose it. You’ll see the phone’s display on your Mac. Get into the Netflix app and download the content you need.

That answers your question: can you watch Netflix offline on Mac? Yes; you can. Thanks to the Apple ecosystem that effortlessly connects devices, you won’t even feel like you lack the Netflix app for Mac.

Another Option: Use the Screen Recording Feature to Watch Netflix on Mac Offline

Let’s say you don’t have a problem accessing Netflix through its website. The only issue is that you can’t stream content offline. If you’re planning a weekend getaway in a remote area, that’s a big problem. How do you prepare a few episodes and possibly a movie ahead, so you can watch it later?

If you hit Command+Shift+5 on your Mac, you’ll see the screenshot and screen recording options. If you record the screen while the video streams, you’ll be able to save the file and watch it offline. This is a rather inconvenient option that takes a lot of time. You have to play an entire movie just to get a Netflix download on your computer. However, it’s pretty cool for people who want to watch their favorite episodes multiple times.

We have to mention the fact that this is considered privacy. Your default screen recording tool might not get you through the entire episode or movie. Capto is a third-party app with better screen recording functionality.

Keep this in mind: since piracy is illegal, make sure you’re recording Netflix for Mac for personal use only. Never share that content with someone else! 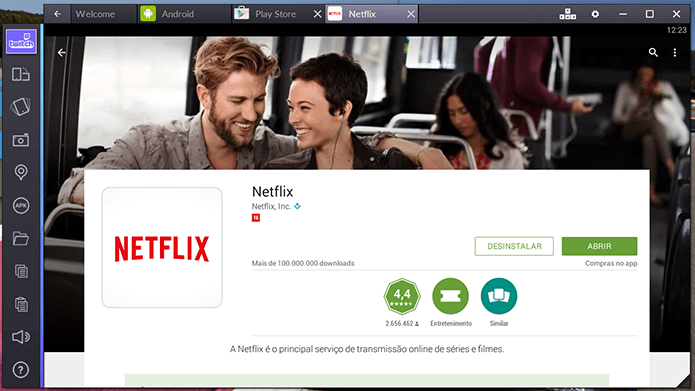 Your Final Option: Get a Netflix Download via Windows

If you know that you won’t have Internet connection where you going and you absolutely need the app on your computer for offline viewing, you can install Windows 10 on your computer.

You didn’t see this coming, did you?

This is a workaround for extreme cases. Once you setup Windows on your Mac, you can download and install the Netflix app. It supports the download function, so that gets your offline Netflix for Mac.

Now you may be wondering: “Can’t I download Netflix content on a Windows computer and then watch it on my Mac?” Unfortunately, you won’t be able to do that. Netflix gives you the download feature for some content, but you’ll be able to watch your downloaded titles only through the device that you used to get them. If you got them on an iPad or iPhone, you can use the screen mirroring feature to watch the content on a Mac. But if you got them on a Windows computer, you can’t transfer them. That’s why we suggest installing Windows if you really need to download and use the full-featured Netflix app for Mac.

Can You Watch Netflix Offline on Mac?

Mac users are used to the ultimate convenience. As they always say about their computers “they just work.” In the Netflix case, they don’t really work. The platform limits your access only through a browser. That’s nice, but it doesn’t work if you want to watch content offline.

There are three potential solutions, which we listed above. Choose the one that works for you, and happy watching!

Author Bio: James Dorian is a technical copywriter. He is a tech geek who knows a lot about modern apps that will make your work more productive. James reads tons of online blogs on technology, business, and ways to become a real pro in our modern world of innovations.